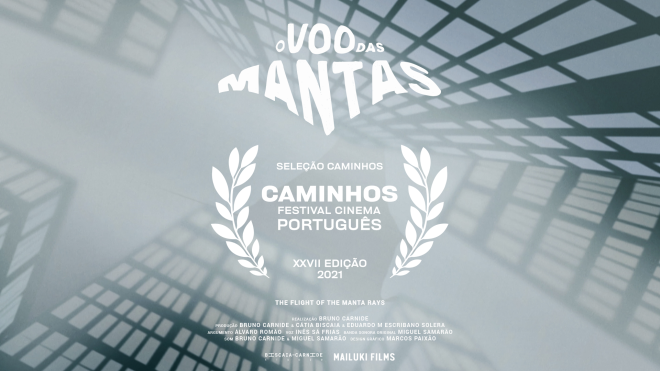 The organization of Festival de Caminhos do Cinema Português announced today that the film The Flight of the Manta Rays, by the Director nominated for the Sophia Awards, Bruno Carnide, has been accepted for the Caminhos Selection of the XXVII edition of this festival.

The Flight of the Manta Rays will be candidate for the Academia de Cinema de Portugal Awards next year.