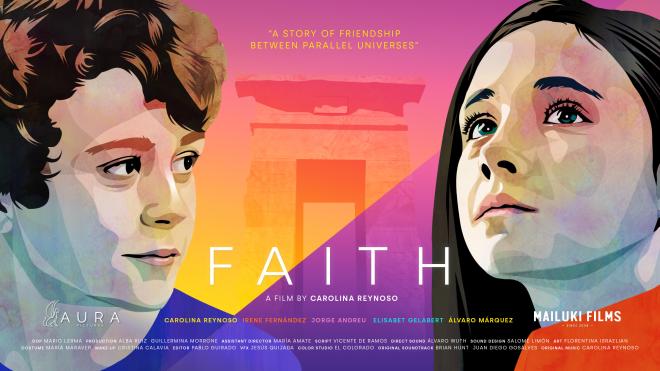 One afternoon, all of a sudden and without warning, intuitively, the image of two people came into my head: they were in parallel universes but they were able to perceive one another, using music as their ally. And I was captivated by this image.

We live in a society which is overwhelmingly dominated by technology. Where everything can be measured and quantified… where are such human qualities like intuition? Einstein said that reason was a mere servant and intuition a gift, but we live in a society that has forgotten the gift in order to keep the servant.

Thus, FAITH is an entirely intuitive project both in its idea and its story. Following that first initial image that came into my head, the music emerged. I composed the songs and then I wrote the script, always trying to let myself get carried away beyond the realms of rationality. I understand cinema in a very comprehensive manner, as something that you not only see and hear, but something that you perceive more globally, and in which everything ought to be connected, making up a universe.

In the same way, Teresa, the main character, has no rational arguments to maintain that her friend is still alive, but she can sense he is, she knows, she can tell intuitively. And with the impulse that results from her loss, she manages to summon up the strength to get out from where she is and head towards the unknown in search of her friend.

FAITH is also a story about loss. In a way, loss has always been an ever-present element in my life, and I feel that I share that inner flame within her, that strength to pull herself together and find herself. A rebirth, in a way.

Therefore, FAITH is also a story of perseverance, a call for optimism and believing in one’s heart of hearts. I consider myself an optimistic person, understanding optimism not as naivety, but as the ray of hope that is always patent, whatever the circumstance.