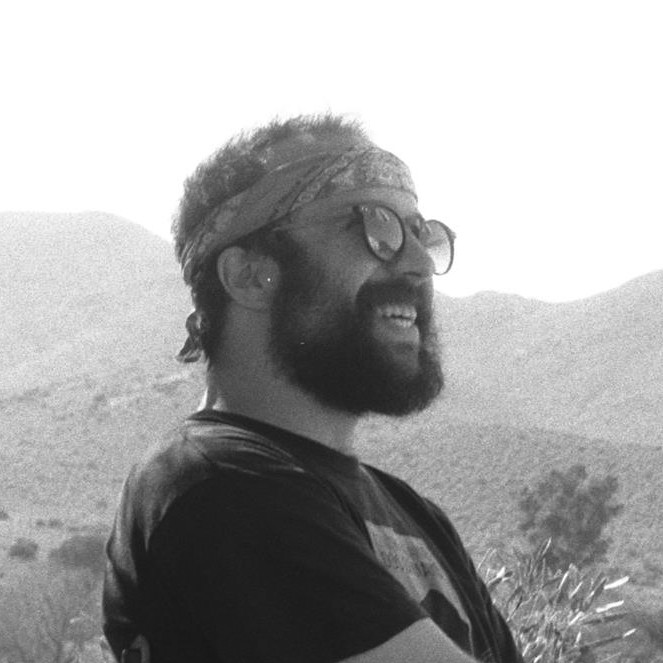 He drops out of law school at the UAM to train as an actor at Juan Carlos Corazza’s studio. At the same time, he studied screenwriting at the Séptima Ars School, where he graduated in Film and TV Scriptwriting and Film Analysis. Years later he complements his training at the ECAM, where he successfully completes the first promotion of the Master in Fiction Series Scriptwriting. At the age of 21 he travels to Los Angeles with the aspiration of working as an actor and screenwriter, but disenchanted with the city he moves to Mexico, where he writes his first feature film script. On his return to Spain he learns to direct in a self-taught way through several short films. After seeing his new scripts rejected by several production companies, at the age of 25 he decides to self-produce his first feature film. With the help of friends and a few savings he manages to shoot “Eva no muerde”, but the loss of the footage of one of the eight days of shooting, in addition to the lack of experience in production, makes him abandon the film after finishing it without bothering to give it a commercial release. At the age of 27, he starts again to make films among friends and for 15 days he shoots in Almeria what will be his second film, titled “Eco” and starring a cast of nonprofessional actors, but whose main character is a descendant of a well-known saga of artists and makes her debut as an actress in the film. Currently the film has completed the post-production phase and is defining the distribution strategy in national and international festivals for 2022. He is also the author of the poetry book “Amor y locura” and the novel “Muerte de un soñador”, both available on Amazon. He is also founder and works as producer and director in the production company MILA films, created as a company in 2021, although it has been the brand under which audiovisual works have been produced since 2012, and which currently focuses on film production, as well as video clips and advertising.